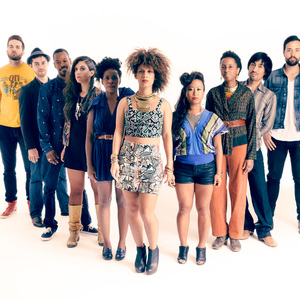 The glorious grab bag of internationally-grown members of Underground System reads like a roll call of musical and cultural diversity. Conceived in Brooklyn, this unstoppable female-fronted corps of neo-afrobeat-deconstructionists has cultivated a sound as inimitable as its members. Hinged on a tight, seamlessly executed stage show, this group astonishes wherever they go, compelling crowds to dance with unbridled vim. To provide a sliver of a glimpse of insight into their unfathomably varied...